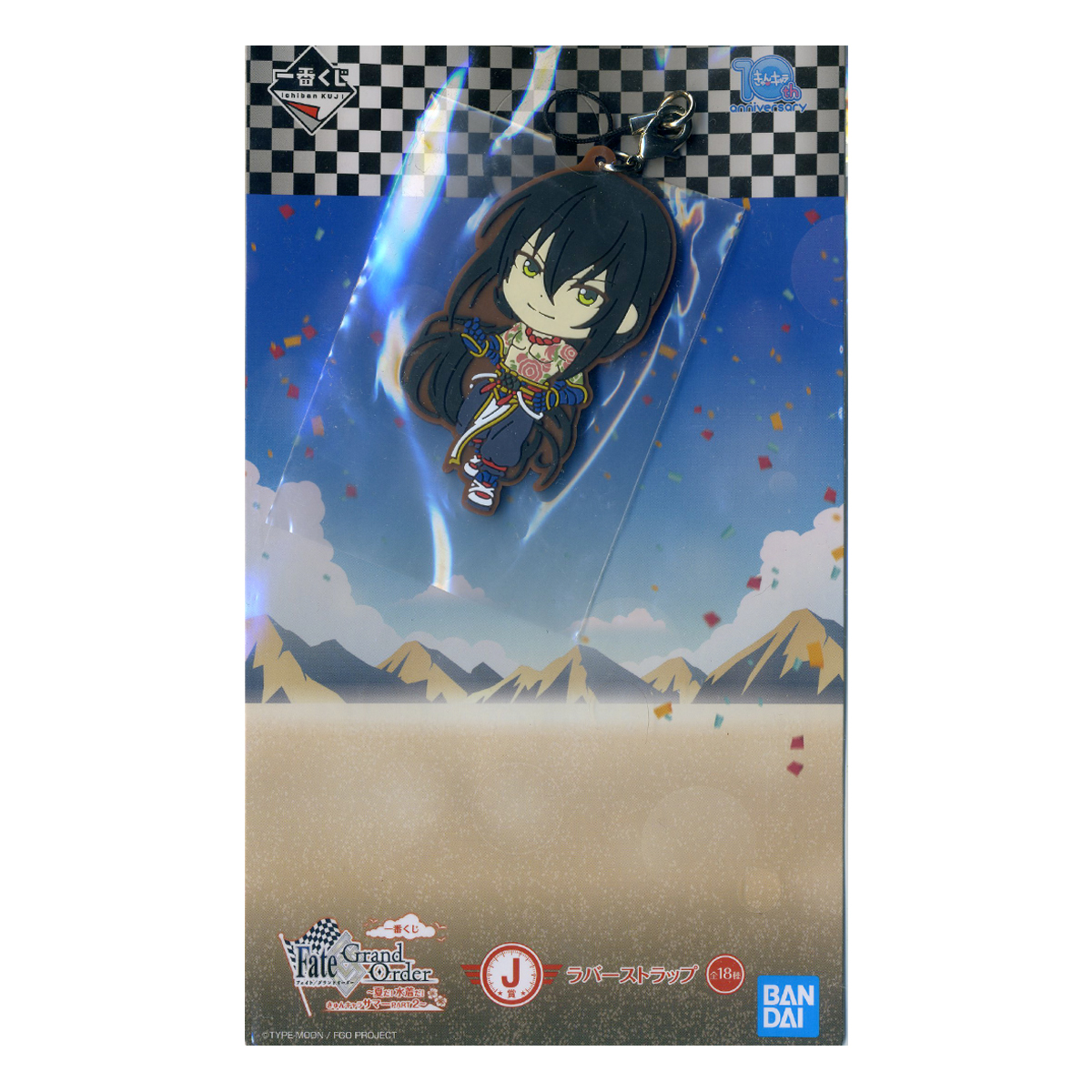 Assassin's True Name is Yan Qing. Yan Qing was an outlaw who joined the Grand Assembly of the 108 Stars of Destiny during the latter half of Water Margin, one of the Four Great Classical Novels of Chinese literature. He was a short and handsome man with prodigious skill in both the martial arts and music, who entered the Great Assembly with his lord, Lu Junyi.
This rare ichiban kuji lottery keychain is approximately 2 inches.