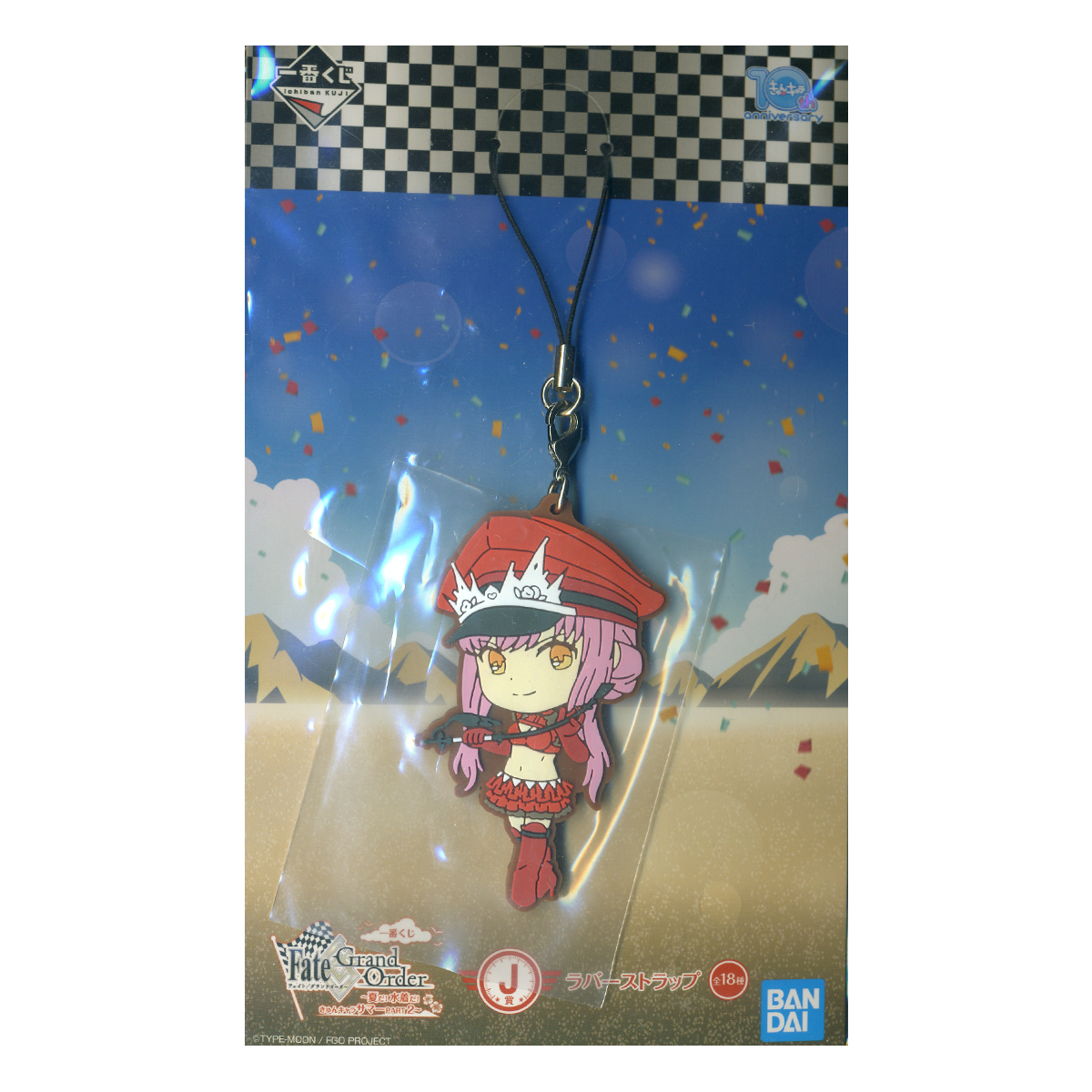 Rider's True Name is Queen Medb. The Eternal Lady. The queen of Connacht that appears in Celtic Mythology, the Ulster Cycle. Properly married to Ailill mac Máta, she is a part of a long line of queens ruling the country. A young girl of affairs who built engagements, marriages and, at times, nothing but carnal relations with many kings and brave warriors. The ringleader who caused the greatest war of the Ulster Cycle, she aimed at the life of the brave warrior of Ulster that defied her Cú Chulainn. It is said that she is endowed with the aspect of discord and conflict, as a Divine Spirit that rules over insanity, evil and royal authority.
This rare ichiban kuji lottery keychain is approximately 2 inches.